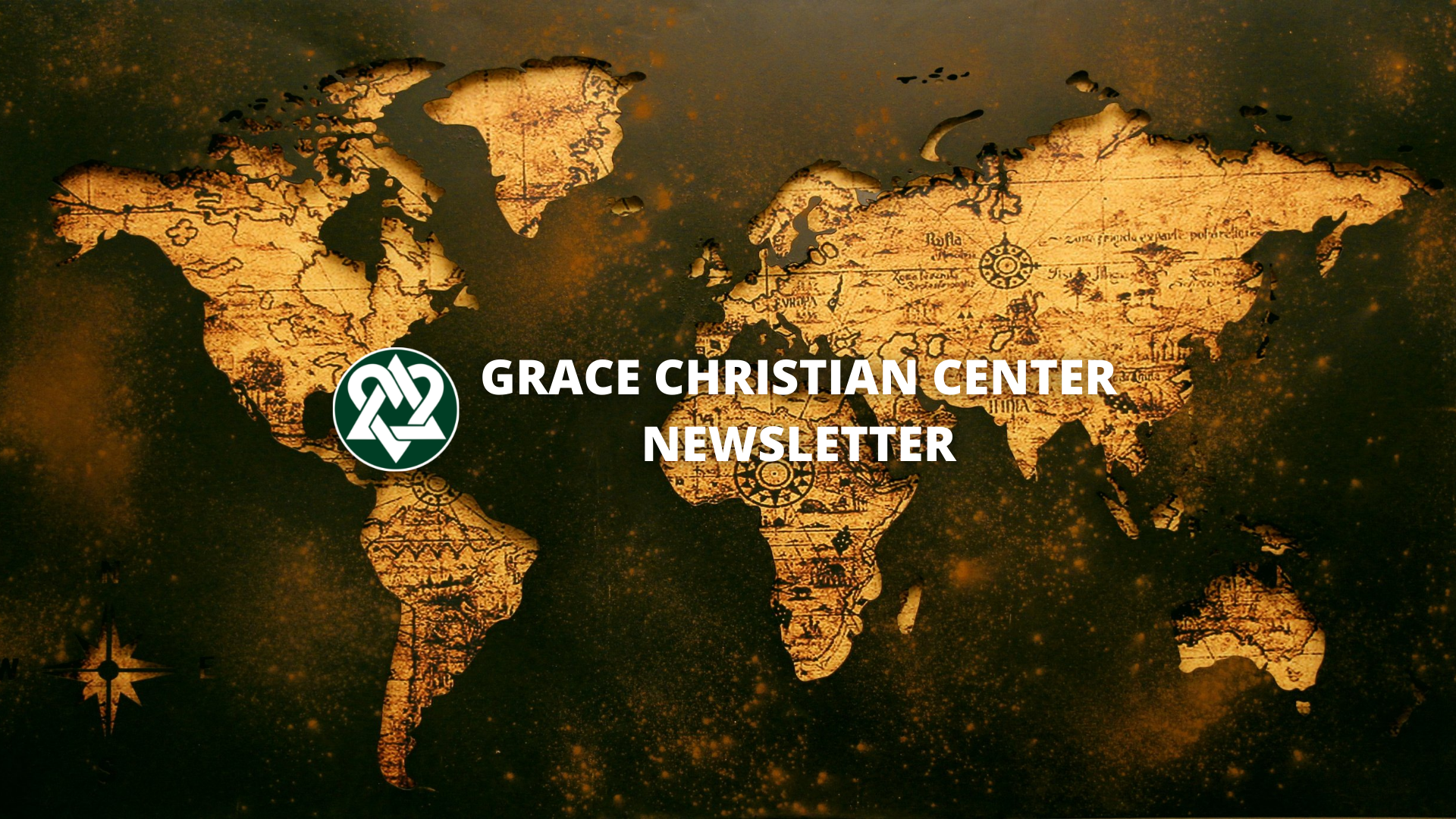 God’s original intent was this earth would be governed by words, that it would be word activated.

Adam was to control the world, as the governor, by his words.

This should be the motto of the believer: calling those things that be not as though they were.

You have to call things that are not as though they were. What does that mean? That means anything that isn’t you can make it an is.

There are certain things in your life that they need their name changed. Continuing to call them by their present name won’t bless you at all. It will bring more curse into your life, more darkness, more problems, more hurt, more sickness. You have to change the name of it.

This requires a new way of thinking and understanding. Because of spiritual laws, whatever you say is what you receive. You need to know this. It’s time to take inventory your life.

Now, before you can advance through your vocabulary, you’ve got to renew your ever-loving mind. You’ve got to get your mind in agreement with you. If you don’t, your mind will always trip you up because it always has a better idea. And that better idea is grounded in something that you taught it a long time ago, whether intentionally or unintentionally.

Many of the things that we were taught are unintentionally taught when we’re children. For example, music can teach a lot of ungodly precepts that we receive, and we believe, and we start acting on.

And precepts are built in a little at a time. A line upon line, precept upon precept, they’re built into you, into your mind. And then they start governing. That’s their job.

If you keep saying whatever the situation is in your life, you keep getting in the same situation. It doesn’t change. Why? Because of what you’re saying. You can’t change anything that needs changing, by continually repeating it. The way you change it is to find out what you want, rename the situation by that name, and start calling it by that name.

You got to get can’t out of your vocabulary. Can’t will stop you cold, because can’t is a powerful word.

Well, you just instilled something major, supernatural, powerful, in your life that you don’t want.

Because now you can’t.

Romans 4:17 As it is written, I have made you a father of many nations, before him whom he believed, even God, who quickens the dead, and calls those things which be not as though they were.

That’s how God works. You have it right there in the beginning of Genesis. When it was dark, God called what He wanted not what He had. If God would have said ‘wow it’s dark,’ He’d have got more dark. He didn’t want dark. He wanted light. So He called for what He wanted, and He got it.

You can do the same thing.

Oh, you pray to God. You call it ‘my arthritis,’ but you pray for God to heal it. And it doesn’t happen. I wonder why? Because He’s not going to override your words. The majority of people in the world who are sick are sick because they called it into themselves.

Your mind is so powerful. Your mind can call it in and keep it.

How are you supposed to change sickness for healing? We’re not saying that sickness or pain is not real. That’s not what I’m saying at all. It is real. The pain is real. You feel it. It’s real. The real reality is that it has no business of being there.

The old adage is still stands: when’s the best time to kill an oak tree? When it first pops up through the ground. You can just take two fingers and pop it. Wait 20 years, and you’ll have to bring a crew.

The principle with your words is the same. Listen,

How are you supposed to change healing for sickness? Why can you deny it’s right to be there? One word: Redemption.

Redemption denies its right. Redemption by the stripes of Jesus removes the authority of sickness to function in your body.

Have you ever heard of entropy? It means that chaos automatically happens. That’s part of the fall. But chaos shouldn’t happen in our lives. Because we’ve been redeemed from the fall.

Remember, we went through all the things about how you can arrange your garage, and clean it up, and have it spit shined and spick and span, and then and you don’t have to do anything, and it will change and go back to disruption.

But that’s how I think. I’m wired that way. And my bride for 50 years has been trying to unwire me. She’s done a wonderful job. I told her the other day. I said ‘let me tell you your accomplishment.’ How many of you when you open your refrigerator, it looks like a two-year-old placed everything in there?

Huh? Anybody? Anybody? The labels are never face front. The labels are never squared up. The mayonnaise jar is just in there. And the ketchup is just in there. And the mustard is just, and everything just… That’s the way I used to be. That was my life. And I didn’t mind that. I knew where the, I knew what it was. It didn’t bother me that the label was turned backwards or set aside. My bride can’t take that. It does something. It creates a lot of strife and correction and whatever. So after hearing – first of all it was a shock to even recognize that it was all jumbled. Then I recognized it. And she said, ‘you see that?’ I said, I had to admit it, yeah.

All you’ve got to do is straighten up the labels. So I said, ‘Wow.’ So I started rotating them, putting them like they should. I was a stock boy for two days at a grocery store. I know how to label. Put everything front. Pull it all to the front. Dust and clean it. Yeah, two days I lasted. then I found a better job paid more money for less work – which is supposed to be the Godly way, but anyway…

I started changing it. And then it became habitual. And now I told her I can be in the pantry and and move something and put it back out of focus, and before I get to the door I have to go back. I must go back and put it back in order.

So all of her, uh, instruction hasn’t gone to waste. Now if we could just, you know, get that over into some other areas. But we’re working on it, you know. I’m not resisting.

There’s some things that people misunderstand. Getting more instruction,

And so, you have to pay attention so you don’t live upset.

I’m just telling like it is. I’m not telling you like it used to be. I’m telling it like it is. Okay. We’re not saying that sickness disease isn’t real. We’re not saying it doesn’t exist. We’re just saying it doesn’t have a right to exist because of redemption. There’s no authority to attach itself to our bodies, okay. At your command, it has to leave. Just because you say so in the Name of Jesus. Now, you do not look or feel to see if it left or if it obeyed you. Because that immediately puts you into another realm.

You must know that it has based upon your understanding of who you are, the authority of your word. Because looking to see and feel will move you into the sense realm, the realm of looking and feeling. The faith realm is the realm of knowing. To enter into the realm of faith and knowing, we must renew our minds. An unrenewed mind is having trouble with faith. People who come to this church who do not renew their minds have trouble with this church.

Because this church is based upon faith.

Faith has a different mindset than senses. You have to change your mind to correspond with faith, get it out of the sense realm. Because it won’t work. See, God says over in Isaiah ‘My ways are higher than your ways, and My thoughts are higher than your thoughts.’ Don’t be guilty of trying to drag God down to your thoughts. Get your thoughts up, up to God’s thoughts and God’s ways. It’s not hard to do. It’s doable. if it wasn’t, God wouldn’t require it if it wasn’t doable. Okay. So listen – Isaiah 8:20. In Isaiah he says

So you can comprehend what the Word’s saying to you, and you can be led by the Holy Ghost, and you can be led by the Spirit. Okay. Suppose you have poverty and lack. How do you change poverty or lack in your life for abundance? Isaiah 28 verse 9 – ‘Whom shall He teach knowledge? And whom shall He make to understand doctrine? Them that are weaned from the milk.’ Not baby Christians.

Isaiah 55 :7 ‘Let the wicked forsake his ways, and the unrighteous man his thoughts. Let him return unto God and He will have mercy upon him and be our God. For He will abundantly pardon. For my thoughts’ – here we go verse 8 – “for My thoughts and not your thoughts. Neither are My ways your ways, saith the Lord. For as the heavens are higher than the earth, so are My ways than your ways and My thoughts than your thoughts.’ Don’t fight that. Agree with that. Don’t push back on that. Get in line with that. That’s great. That’s where I want to be.

Old concepts come into our minds just like they leave- line upon line. These came to us from various sources – friends, family, church, music. But if they challenge the Word of God, they have to go. Now, you must regulate the input into your mind by using the Word of God as your source and your mind cleaning process.

Here we go – I’ll give you a mind cleaning process instruction. II Corinthians 10:5 ‘Casting down imaginations and every high thing that exalts itself against the knowledge of God and bringing into captivity every thought to the obedience of Christ.’ If there’s going to be any transformation in any area of your life, your mind first must be cleared and cleansed of the unscriptural principles, to be reprogrammed to line up with God’s original intention from the scriptures.

Remember, if there’s going to be a change in your thinking in an area of prosperity, you have to participate in the process. It’s not a singular thing. It’s a requirement. Lay hold to this fact: the battle is in your mind. Suppose you have debt. How do you change debt for debt free? Do you know how you do that?

First of all you got to recognize it and then you got to want to do something about it. Did you know you can sow against it?

But there’s a difference between debt free and managed debt.

All things are possible to those who believe and keep their mouth shut and renew their minds.

That’s the requirement: keep your mouth shut and renew your mind.